Within just a few short months, the world’s concerns have gone from refugee to presidential. Makes me question who’s doing the choosing inside the old noggin? I, in defiance of the directive, am watching a documentary on the plights of Medicines Sans Frontiers (Doctors Without Borders) and I’m so moved by it that I feel as though I’m actually in the Mediterranean onboard the rescue boat – Bourbon Argos.
So enlightened by the whole ordeal, I find myself wanting to join the team.  For me, the safe delivery of the worn-out refugees is better appreciated by comparing it with the area of obstetrics. The uncertainty, the anticipation and danger of the breaking water creates a contradicting consternation, followed by the sheer satisfaction of delivering those people.  People who had already decided to let their outright need overcome their utmost fear for the potential of entering into a new, safer, unfamiliar world; or not.
Inspired by this, I contacted Lindis Hurum, one of the humanitarian workers featured in the documentary, directly who told me that she wasn’t actually a recruiter and advised me accordingly. As luck would have it, or maybe fate, this led to an incredibly beautiful conversation, ending with the following communication of rare insight.
Rare because there aren’t really many words that can explain the emotions exchanged between the deliverer and the delivered but if we must seek out words to elucidate this fervour, let us not try guessing and experience them first hand.
Lindis  Hurum is the field coordinator for Medecins Sans Frontieres, an organisation founded four decades ago by a group of doctors.
The emergency medical aid organisation was set up to provide care for people facing natural and man-made disasters, epidemics and war, regardless of race religion or ideology. In the last forty years, an unfathomable amount of lives have been delivered through the safe hands of the organisation.

END_OF_DOCUMENT_TOKEN_TO_BE_REPLACED

Part one of our wonderful, wide-ranging conversation with the renowned spiritual teacher Dr Joe Marshalla is here.

UDL: Can you give an example of involvement in political or social campaigns that you’ve managed to navigate without it depleting your vital energy?

JM: In the last three years I’ve lived in Hawaii, and it’s the largest open-air biological and chemical test site in the world. The Hawaiian Islands have been declared a sacrifice zone, so if one of the experiments goes wrong, it’s in the middle of the ocean away from population centres. So new GMOs (genetically modified organisms) are being developed by Dow, Monsanto, BASF, Pioneer…everybody’s here.

I wrote a law, and in the US citizens can get enough signatures to force a vote on a petition. It had never happened in the state of Hawaii before. We wanted a temporary moratorium until it was proved that the experiments weren’t damaging the environment. Pretty simple. But for every $10,000 we spent, they spent $2 million.

They spent $15-$20 million to try to defeat us, but we won. I went up against the beast and beat him. We’re one step before the supreme court now, if we have to go there to win.

I wrote the law and directed the campaign against all the propaganda. Everything it was built on was to be for something not against something. We were for children, for protection of the land. We weren’t against GMOs and Monsatan (sic). The basic communication style was: People don’t care how much you know until they know how much you care. The truth isn’t any truer if you yell it.

We came from the heart and from Aloha. 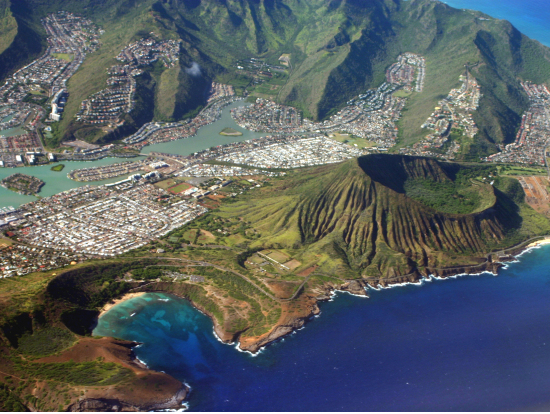 Anyway, they didn’t know how to deal with love. Violence, anger and rage, they can use that to marginalise the cause. We also proved the contamination of the islands, we had the facts too.

The key element is transmutation, being for something. Stop calling people up and start calling them in.

UDL: That sounds like a very Yin approach, helping, sustaining and growing. Could you say more?

JM: I’ve had several death experiences, one of 12 hours when I had a stroke. I was laying there with all these tubes in me and I thought ‘OK I’m back’ but it got me asking myself: ‘What for?’

Every being has a purpose, every microbe, insect, plant serves a function. What’s the function of a human life in the biosphere? The only thing I could come up with that for myself seemed halfway reasonable was that my function is to uplift and nurture all life. I believe that is the function of all of us. From there, whether you write a law or start a social movement or whatever, that is your function, not to rip somebody else off or gather more and more or beat some competition. END_OF_DOCUMENT_TOKEN_TO_BE_REPLACED