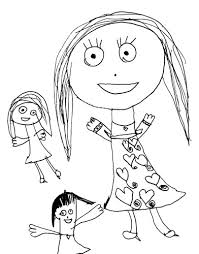 Who would have thought that drop in toddlers could be so exhilarating?

In the middle of the summer of 2011, July to be exact, Justine Che decided that her years of experience working with children was steady ground to give back and fulfill a need in her community. Tots and play originally began with Justine and Munaza both qualified early year’s practitioners with 15 years experience in the childcare sector. They also both worked at the local community nursery Hopscotch under Fives for 12 years and were one of the first nurseries in the whole of Brent to receive an “Outstanding “recognition in Queens Park. Also having worked for one of the well known early year’s pioneer organizations “Thomas Coram” in North London, the mission was set.

The ever-emerging Queens Park is full of entrepreneurial grand ambitions and zero time. At least such is the case for some of the faithful attendees of the Go  Go Pop Tots drop-in centre in Kensal green which is a stone throw away from Justine’s home. The group started out as Tots and Play, for children aged 0 – 5 years old. ‘This was especially to aid families who did not get to see and spend quality time with their children during the week and especially as there was nothing local of this nature it was a win-win situation’ says Justine. Go Go Pop Tots is a stay and play with a difference, Interestingly enough it draws a majority of fathers who need a trustworthy, friendly play spot for their bundles of joy. It’s a little like a neighbour you can trust. The name Go Go Pop Tots was thought up by those same fathers who attend the group whose love for the group led them to participate as deeply as creating the leaflets for the group.

The activities for the Tots are fun things such as Read and Play, Dance around the world, Cook and taste, Messy play,  lots of amazing stories and more. If that’s not enough the educational program, based upon early Years Foundation Stage, is carefully designed to capture children’s creativity and imagination towards the early learning goal.

Go Go Pop Tots open  Saturdays from 9.30-11.30pm.  So on a Saturday for a couple of hours you can have peace of mind knowing your Tots are safe playing and learning while you go fit in that desperately needed exhale. I’ll certainly drop my kids even if they are a little over 20 years old.

Go Go Pop Tots has  been running since July 2011 and is based in The Community Centre, Hazel Road, Kensal Green, NW10 5PP