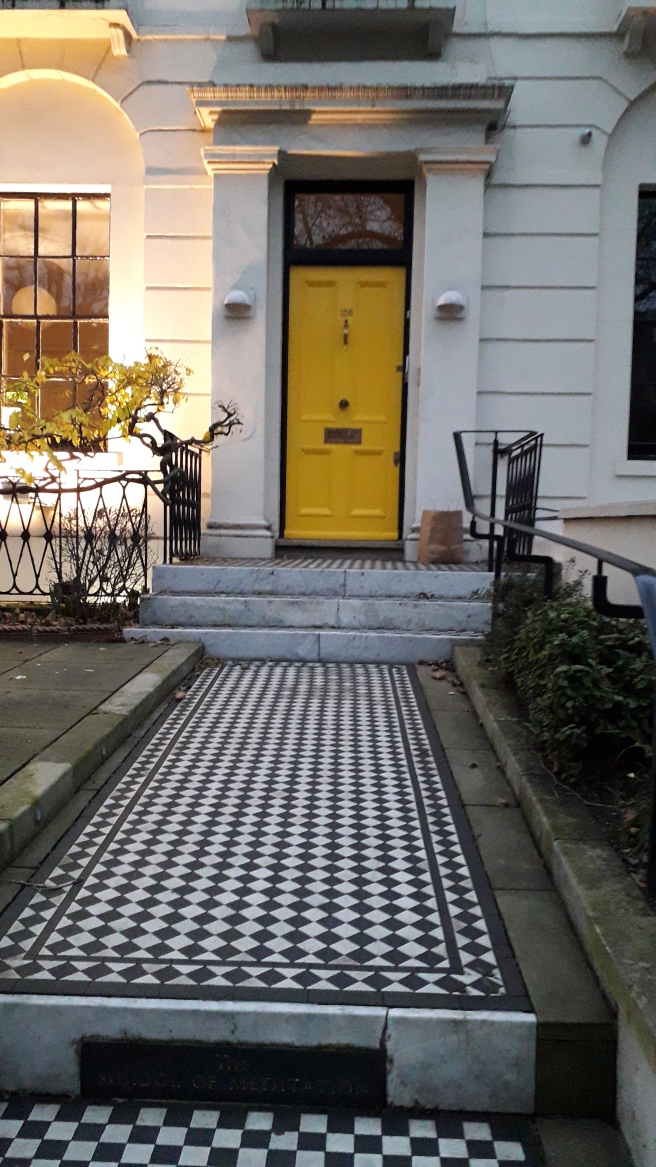 2019’s first session was about letting go and desiring nothing. This, apparently, is the way to contentment.

The advice in the material was: ‘don’t be driven by desire’.

If I pause and think about it, I find that my mind is filled with desire: for material things, for situations to be different in the world, for a different government, for money, for pleasure, for knowledge, to be accepted and loved.

It’s easy to say ‘don’t be driven by desire’ but surely that desire helps me to get the things I need to stay alive and thrive. The point of the teaching is not that I should try to abandon desire, but it is a warning against being driven by it.

As desire falls, contentment rises. It appears to be a more natural state.

Contentment also comes from connecting with other people. The material explains that this phenomenon occurs because the people making the connection are enjoying a shared experience of the Self. The Self with a capital S is a frequently-used phrase in spiritual books and teachings. It means the same thing as Soul might to a Christian or Muslim, Neshama to a Jew, or Atman to a Hindu. Different words, same impossible-to-define thing. If it even is a thing.

Through human connections, often referred to through the ages as Satsang, but at the school called Good Company, the shared experience of the Self allows the feeling of separation to evaporate. That’s why I sometimes feel so refreshed when I leave the school – after a day of separating myself from my fellow beings around London, I connect again.

Mind-bend, but it’s identified a pathless path and I’ll go with that. At this point a Zen saying appears in the material to help clarify things further:

“Paths cannot be taught. They can only be taken”

Followed by another quote, from Spanish poet Antonio Machado:

“Traveller, there is no path,

Paths are made by walking”

What a double-edged sword life is. The two quotes suggest liberation from looking for a way to live, but they also open us up to the chaos of there being no set course. It’s a pathless path for us all, chaos and stark realities, where pain and contentment vie.

This can be exciting or terrifying, depending on our state of mind, mood, circumstances and so on. What is a total rip-off is the idea that we have to travel somewhere or do something to be validated.  Here, Advaita provides a useful reminder that what we already are is already enough, that there is nowhere to go, and that the Kingdom is all inside.

As the school’s material teaches, all is contained in one being (you) – a oneness which emerged from stillness and remains in stillness, the basis of every thing. But more of that next time…

The material in this blog was inspired by the teachings at the School of Meditation, Holland Park Avenue, London, W11 4UH. The school opened in 1961 and was taken under the wing of Maharishi Mahesh Yogi, the Beatles’ meditation teacher, who introduced the school’s founders to Shri Shantananda Saraswati, Shankaracharya of Northern India. In a series of Q & As, the Shankaracharya provided answers to the questions of the visitors from London. These answers formed the basis of the school’s teaching material.

Advaita Vedanta- a Sanskrit phrase meaning One without a second

Zen – a school of Buddhism

One thought on “Old School Meditation 1”