Tribute to a unique Dandy 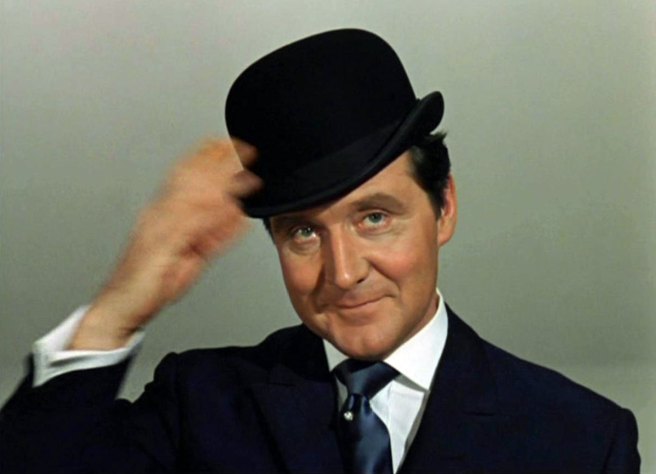 Macnee’s long career was varied and distinguished, but it was as Steed that he played a commanding role in the quirkiest, campest, sexiest and most irreverent British programme ever made.

The programme’s creators, upon casting Macnee in the role, allowed the actor to portray the character as he saw fit. This meant that Macnee, a veteran of the Second World War, rejected the plan for Steed to carry a gun, despite the show starting out as a relatively conventional cold war drama.

Reflecting on being told he would have to use a gun, Macnee told the AP in 1997: “I’ve been in World War II for five years and I’ve seen most of my friends blown to bits and I’m not going to carry a gun.’ They said: ‘What are you going to carry?’ I thought frantically and said: ‘An umbrella.’”

This moment of clarity meant that Steed became a secret agent like no other, welcoming assailants in to his home by opening a decanter of Brandy, and rather than the cruder forms of violence he would knock them out with his bowler hat, and once even tickled an enemy agent in to submission.

As Steed, Macnee was never anything less than graceful. 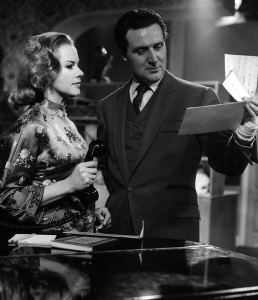 Co-starring our local heroine Honor Blackman, the early Avengers series were filmed for live TV. With the programme’s charm and Hollywood calibre storylines, Blackman became a star in James Bond and was replaced in The Avengers by Diana Rigg. Rigg and Macnee provided the best of the Avengers’ double acts, with Mrs Peel way ahead of Steed in intellect and physical prowess. 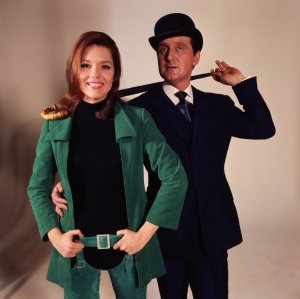 But Macnee remained the Avengers’ mainstay, his humorous one-liners, ability to be enigmatic, mischievous and brilliant in equal measure and his tongue-in-cheek portrayal of a British establishment figure maintained the show’s unique appeal.

With only two television channels in Britain at the time, The Avengers’ viewing figures were well over 10 million during its peak. Rigg also became a star of 007, and was replaced by Linda Thorson as the younger, greener, cuddlier Tara King. 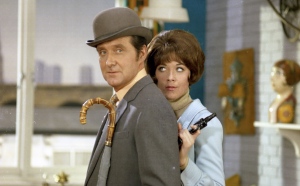 By now in glorious colour for the American networks, Steed took on a more paternal role as Miss King’s mentor. Viewing figures declined, but the storylines remained the best and most accessible of their time.

Reprised in the 1970s with Joanna Lumley as Purdey in the much edgier New Avengers, the enduring appeal of Steed and Macnee was back again. And when C4 showed re-runs of the colour Rigg and Thorson seasons in the mid-90s, a new generation got The Avengers.

A true original and a dapper gentleman, Patrick Macnee was much closer to the Wildean dandy than today’s urban dandy. But this is a broad church and Steed will live on as an honorary urban dandy blessed with incredible warmth and wit.

By Tom Charles, who has five tropical fish, for Urban Dandy