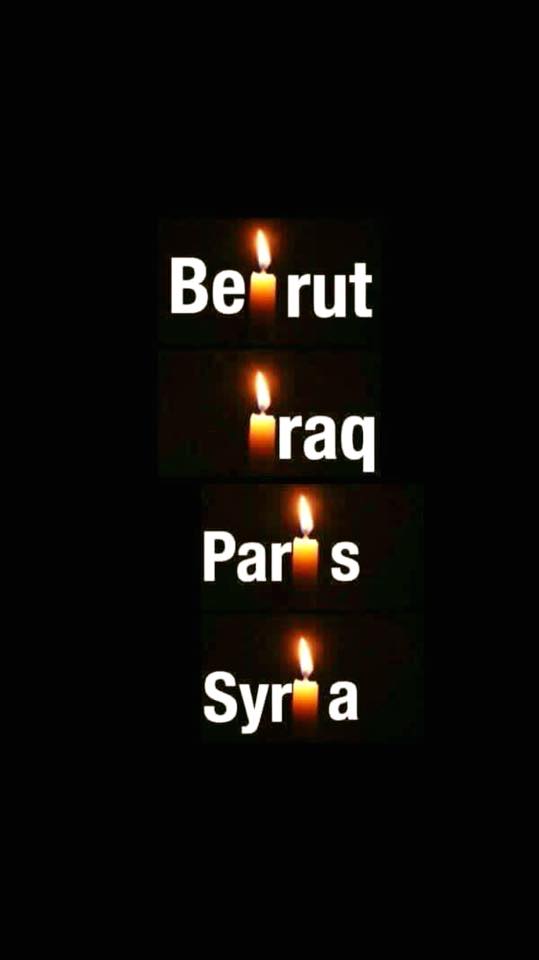 Last Friday evening following the repulsive terror attacks, we were careful to limit the news in our household, mindful of the fears that might awaken in our 6-year-old.

From Beirut through Paris, and in so many other regions, people were going about their daily lives when horror erupted. Accompanying death were traumatic, chilling sights and sounds imprinted on survivors and transmitted to onlookers near and far.

We began to weigh-in on what to tell a young child: whether to share or shelter her from the news that was, after all, not on our shores. The question of the location raised its head and merits some attention.

The continued pervasive coverage of France’s tragedy is neither surprising nor an insult to other countries or populations that have equally suffered. This is not a competition. In the UK the coverage of 7/7 was intense and on-going for months. Last year the October shooting in Ottawa, Canada saw international coverage but nowhere was this coverage more concentrated and extensive than in Canada.

Paris is an international city; one of the most visited and well-known even to those that have only toured it via films and books. This fact is precisely why coverage of the tragedy here in Canada is more intense than the coverage of similar attacks. Paris is a relatable, familiar location where many of us have participated in the exact activities, in the exact locations where these events unfolded. Familiarity breeds curiosity. The 2013 Westgate Mall siege provoked blanket media coverage. There have been attacks before and since in Kenya however that assault occurred in an everyday familiar location– a shopping mall – riveting global interest. Paris belongs not only to the French but is a global outpost which many call “home” whether they’ve taken up residence or not.  The population of Paris is not simply French but vibrant, massively multi-cultural; where Eid and Diwali are as well-known as Hanukkah or Christmas.

Comfort must overrule the cynicism in the perception of preferential coverage. If anything, the coverage of Paris shines a light on bias and can, if allowed, frame an understanding of life in war zones and build empathy towards refugees fleeing these exact horrors.

So, recognizing that media will be intense and pervasive, does one shelter or share with a child? We all make our own choices as parents but for me open discussion should rule. Parents, families, friends, aunts and uncles are best placed to open this sensitive dialogue even in a selective, imprecise manner. Children, even the very young, are acutely perceptive whether to a news report playing in their home, a magazine, newspaper or iPad story left open. A media-blackout at home cannot control what is overheard on the streets, schoolyards and playgrounds. Far worse than having this delicate, uncomfortable conversation is a child being burdened with almost incomprehensible information from another child who may have been exposed to the horrible details without an opportunity for follow-up and exchange. So we sit with our children and tell them that some people were hurt in Paris and that this has made us and the world incredibly sad.  We light a candle and take them to a memorial if they need comfort.  We start a dialogue enabling them to come back to us should they overhear disturbing news, have questions or fears. Together, regardless of age, we open that interchange, held in unconditional love: we fumble, we improvise, we speak; we simply do our best to ensure the communication is there for solidarity, empathy and reassurance.

One thought on “Terror Impact: Preferential Coverage and Little Ears”

My Tweets
A moment with me

Little flecks of inspiration and creativity

Listen to your inner self..it has all the answers..

Seeking Solace in the Horizon of Life & Beyond.